Sports coaches talk about marginal gains, and how lots of small changes can add up to the difference between winning and losing in a tight contest. But if Gareth Southgate found a new strategy that would boost his team’s performance by 200-300%, he’d jump at the chance.

That’s the level of improvement delivered by outbound dialling software over manual dialling. Like any good team performance though, it’s about getting the right balance right, in this case between reaching new targets and remaining compliant with Ofcom regulations.

Where does the productivity leap come from?

Some of the productivity gains from outbound dialler software are built on predictive dialling, in which calls are placed at a rate the dialler expects agents to become free from their previous conversation. Calculating this rate is done by the predictive algorithm.

Predictive dialling is supported by two further modes, progressive and preview dialling. In progressive mode, the dialler waits to make the call until the agent becomes free, rather than estimating that time in advance. Preview dialling allows the agent to review information about the contact before the call is made.

All three modes have a role to play, and getting the right combination means agents typically spend two to three times longer actually talking to clients, and so meeting the overall aims of the business, than if they were managing their own calls manually.

In a perfect world, a predictive dialler would make outbound calls at a rate that always exactly matched the agents available to connect to clients.

But it’s never that simple. Instead, let’s run through some of the ways outbound dialling can get out of sync, and ask what the consequences are.

The most obvious way is that agents are people. They log in and out unexpectedly. They have to go for meals and comfort breaks.

In effect, there’s always the risk of an avoidable own goal, which simply means making too many outbound calls when there aren’t enough agents available to cope.

All of these real world conditions lead to dropped calls. And dropped calls aren’t the only compliance challenge. Redialling the same number too soon after a dropped call can be an issue if not handled properly. As is repeatedly dialling a number that has asked not to be called.

“For some people – for example, those living alone – these calls can be particularly frightening,” says Ofcom.

So what is the penalty for getting compliance wrong? For serial offenders, it can mean a potential fine of up to £2 million.

Ofcom and the 3% myth

In order to get compliance right, the first step is separating facts from myths.

There are two persistent compliance myths in the call centre industry.

The first is that Ofcom specifies a target of 3% for dropped calls. Some software diallers might even be calibrated to produce 3% dropped calls and claim this is compliance.

This is not the case. Ofcom wants to see 0% dropped calls, and a contact centre operator needs to demonstrate they are doing everything they can to achieve that. The 3% figure is a benchmark. It means that so long as an operator is doing all they can to minimise dropped calls, Ofcom accepts that mistakes can and will happen.

The second myth is that a dropped call number cannot be rung again within 72 hours. Wrong again. What matters is that an agent must be on hand if the call is answered.

A dialler software solution that can deliver outstanding productivity gains without putting compliance at risk will have a checklist of key features.

It should head off the causes of dropped calls before they happen. That means agents have to request their next action, such as logging off. Given this information, the predictive dialler can adjust its outbound call rates to match.

In blended environments, the predictive algorithm has to allow for inbound calls.

The dialler should move seamlessly from predictive to progressive dialling at times when there are fewer agents, for example during lunch breaks.

When recalling numbers within 72 hours, the dialler should switch to preview mode so that an agent is guaranteed to be available if the call gets through.

It should eliminate silent calls due to AMD by passing the call to an agent if there is any doubt, and should leave a message in any circumstances where a call isn’t picked up, completely avoiding any silent calls.

Finally, the dialler software should automatically integrate and update Do Not Call lists, and allow clients to add themselves to the list.

25 years at the highest level

MaxContact has 25 years experience performing at the highest level across all forms of contact centres. We understand compliance because we help to define the standards through involvement in Ofcom consultations around persistent misuse of software diallers.

We offer consultancy for organisations looking to do compliance better. Our approach is always to reduce the reasons for complaints by having the right software dialler solution. By using a continual improvement strategy in our technology development, and working in partnership with customers, we believe that the most compliant dialler will always be the most productive.

Why Covid-19 will make us change

Optimise more in 2020 with an algorithmic outbound predictive dialler 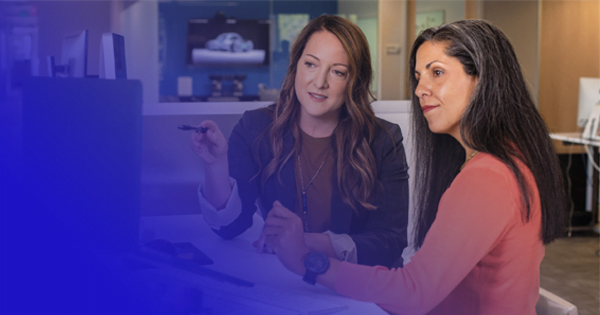